Kathy Engel: Daily Instruction to My Self When the Bombing is there, responsibility here

See wpkn.org/today for program details on WPKM heard at 88.7 Montauk to Water Mill and WPKN 89.5 Bridgeport to Southampton and Southold. 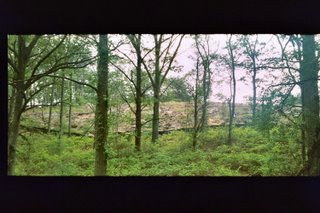 Letter sent to the Southampton Press on Monday, July 24:

Those who love peace and justice are sickened by the latest outbreak of useless destruction and death in Lebanon. In answer to a call from our sisters and brothers of Women in Black in Israel/Palestine we met last Sunday in a vigil sponsored by East End Women in Black at the
Bridgehampton monument. We will hold another vigil, again in response to the call from Israel/Palestine, at the same time and place next Sunday, July 30 at 5pm.

What is the war in Lebanon about?

Hizbullah, the Party of God, was founded in 1982 in response to a previous Israeli invasion of
Lebanon. Although some label Hizbullah as a 'terrorist' organization it is a significant force in Lebanon’s politics and a major provider of social services, operating schools, hospitals and agricultural services for thousands of Lebanese Shiites according to the US Council on Foreign Relations.

But Palestine is really the issue. The continuing Israeli land grab on the West Bank and its
attack on Gazans who can not leave their open air prison is the root cause of the violence.

Uri Avnery, former Israeli Member of Parliament and leader of the Israeli Peace Bloc (Gush Shalom) said last week that if an Israeli-Palestinian agreement had been achieved by now, Hizbullah would be no more than a local Lebanese phenomenon, irrelevant to Israel's situation.

One wonders what new 'terrorist' group in the Arab middle east this totally immoral US-backed and funded war will produce. It is immoral since the deaths on both sides will bring nothing but
more deaths rather than resolution of a conflict.

Let us call on Congress to demand the US change course. Let our country stand for a negotiated peace with justice.

If you agree, let Congressman Tim Bishop know and join us in Bridgehampton this coming Sunday.


As the Israeli attacks on Lebanon enter its third week, pressure is growing on the Bush administration to back an immediate ceasefire. On Capitol Hill 24 members of the House of Representatives have backed a resolution calling on the president to appeal to all sides in the current crisis for an immediate cessation of violence. The resolution also calls for the United States to send diplomats to multi-party negotiations. The author of the resolution is Democratic Congressman Dennis Kucinich.

House Concurrent Resolution 450 calls upon the President to appeal to all sides in the current crisis in the Middle East for an immediate cessation of violence and to commit United States diplomats to multi-party negotiations with no preconditions.

In response to a call from Women In Black of Israel/Palestine
East End Women in Black will hold another vigil this coming
Sunday at the Bridgehampton monument.
JOIN EAST END WOMEN IN BLACK
AND LOCAL PEACE GROUPS
FOR AN EMERGENCY VIGIL FOR
IMMEDIATE CEASEFIRE