A Note From Kathy Engel

Tuesday July 4 at 9 pm - Special Program: Actors Read 'Voices of the Peoples History of the US' by Zinn & Arnove

A Note From Kathy Engel

Dear friends on the East End:

It's that time again. I wonder what the woman with the torch would be saying if she could speak.

Every July 4th I write something to try to deal with my own internal conflicts. This year I have no words. I tried.

I plan to stay home with two exceptions. I will stand in Bridgehampton with the East End Women in Black Vigil on Sunday at 5 p.m. and I will go to the Southampton Village Hall at 4 p.m. on Monday for the historic swearing in of new Village Trustee Bonnie Cannon.

As people prepare for picnics and flashing lights in the sky, I write to ask you to do join East End Women in Black at our Sunday Vigil, 5 p.m., July 2nd, Bridgehampton Monument to show your opposition to this war, occupation, the sanctioning of torture in our names, the abandonment of people in the Gulf Coast, cruel immigration policies .-- to show that we are alive, that we resist these abominations, that we are committed to building our communities, and stand in a rich and proud legacy of ordinary people who understand and live by Dr. King's words: "A Time Comes When Silence is Betrayal." That time has long since come.

Stand with us to show your neighbors and community what you believe.


Code Pink/Women For Peace and Gold Star Families will launch a BRING THE TROOPS HOME FAST in Washington, D.C. on July 4th. Along with many others I will fast on the 4th, here at home. Many groups have called for a pledge to vote only for candidates who call for an end to the war and occupation. I have joined that pledge and hope you have or will.

The East End Women in Black Vigil is the longest standing public protest in our area -- thanks to a small, humble dedicated group: Dan, Antje, Sigrid, Tom, Tony, Ann and others. Let's make our presence known this Sunday.

I've pasted in last year's July 4th piece. Perhaps we can each bring something to share on Sunday -- signs of life, hope, resistance, community, imagination.

With thanks, to all those who have been carrying on,

No fireworks
This time

Through blindfolds
Legs dragging metal, through distance
The contortion of staying alive

How many years
Whose tongue
Letters home
Shreds

No fireworks
For me this year
No silence either
Each explosion a bomb
With a one syllable name
Incinerating places, people,
Ideas some official can't translate
In the name of something
Too mean to declare
Alphabet blown to bits
Declaration of omnipotence
No celebration of detonating earthshaking -
Skin too tender to touch
(With hands)
No please, no thank you
No oohs and aahs
No beach picnic, rooftop party

This time
We will not watch the stunning multicolored strip strapping
Miraculous
No
Proliferation
Interrogation
No new name for dismantling the parts that make a person whole: legs, kidneys, lips, hope, faith, thought, bread, family, love


We Hold These Truths
It is not too late
To claim
A legacy
Of meaning
Intelligent, attached
Love

UPDATED: Our Rights Are Like Muscles - They Need to Be Excercized

This weekend, as we have done for almost 4 years, members of East End Women in Black will stand in a vigil against the war in Iraq and the occupations of that country and of Palestine. The Vigil is at 5pm Sunday at the Monument in Bridgehampton.

We hope to see all those who are aghast at the actions of our US government in our name, including the torture, acts of war against innocent civilians in Iraq and Afghanistan as well as the monetary support our government gives to the horrific war against the Palestinians, most who have not resorted to terrorism but are the victims of same.

Also this weekend we hear from Michael O'Neill that the Southampton Bill of Rights Defense Committee has been refused participation in the July 4 parade if they carry any flag but Old Glory (no UN flag) or voice anything other than "Support Our Troops". We had a conversation with Mayor Mark Epley about this. He thinks protests at this parade are "not appropriate". His lawyer says they have the right to keep people out.

A special hearing at Federal Court in Islip on Monday, July 3 will be held to determine whether the BORDC can march. The court house had been schedued to be closed. The issue appears to us to be whether the Village has the power to suspend our first ammendment rights of free speech and assembly.

Meanwhile, the group has called for all to join them on Tuesday July 4 at 9:30 am at Our Lady of Poland Church on Maple Street south of the
Southampton Railroad station the assembly point for the march.


As our friend Kathy says "our rights are like muscles - they need to be excercised or they will atrophy". This weekend we hope you will continue to excercise yours!

They have been making attempts (and with great success I might add) to once again take a free ride on the backs of hard working true Americans. You guessed it, those dang illegals!

Always wanting more. Never receiving our permission to be on this land. Subsidizing our way of life making us scramble to make ends meet and feed our families. Taking our jobs- our livelihoods right out from under our feet. They have been here for years upon years not even bothering to learn our language! And now in their newest attempt to benefit from our hard earned livings- they want to collect taxes on our tobacco sales!

Enough is enough, when will New York State learn to govern their own and stop taking from the Indians!

For details about the following events - scroll down:

* June 30 (Friday): Film Series "The Human Face of Immigration" in Bridgehampton at 7pm

North Fork People of Conscience will present the filem "Why We Fight" this Friday, June 30 at 8 pm in the Peconic Landing Auditorium in Greenport.

We will also show a trailer for Sir! No Sir!, a new documentary about resistance during the Vietnam War.

We extend a special welcome to high school and college students.

June 30 (Friday): Film Series "The Human Face of Immigration" in Bridgehampton at 7pm

The South Fork UUs film series “The Human Face of Immigration,” concludes on Friday night June 30 with "Mississippi Masala" The films will be shown at 7pm in the new UU Meeting House (across from Morena de Azucar Restaurant) 1 block south of Scuttlehole Rd, at 977 Bridgehampton-Sag Harbor Turnpike.

The film is in English with Spanish sub-titles.

East End Women in Black Vigil at the Monument in Bridgehampton for peace, and non-violent action against the war and occupation of Iraq and the Occupation of Palestine.

The Suffolk Peace Network monthly meeting is at the Bellport Unitarian Universalist Meeting House on Browns Lane in Bellport at 7:15pm with chair Brian O'Haire.

Agenda: Megan O'Handley from the Long Island Alliance had asked to attend the July meeting to brainstorm possible ideas and strategies for the November mid-term elections. She is hoping that Nassau/Suffolk peace/justice organizations can work in coalition.

Please forward any additional agenda items which you feel should be included by July 1 to Mollydog4@aol.com

The Bill of Rights Defense committee has applied to march in the Southampton July 4 Parade as they did for the last two years. They have been rejected this year. The parade is organized by a group of veterans organizations under the auspices of the Village of Southampton. The parade starts from the vicinity of the Southampton railroad station at 10am.

Sunday nights from 7:00 to 9:00 in Lindenhurst: The Bush is a Liar Choir
wants you to join their political action singing group.

Perform these songs for others. Contribute to the progressive movement while becoming culturally enriched. If you've ever wanted to be in a singing group, now is your chance! Experienced and non-experienced singers are welcome. All we ask is that you are able to sing on pitch.

Rehearsals take place, Sunday nights from 7:00 to 9:00 in Lindenhurst. 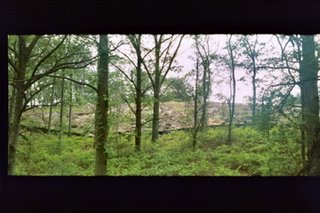 Last month in Southampton Town voters rejected school budgets as they learned of increases
in the assessed value of their property.

Funding of public schools by a state-wide income tax has been advocated by some writers to Long Island media.

A Homeowner's Tax Reform Commission was formed by the Suffolk Legislature to explore alternatives for funding public schools. Lisa Tyson, director of the Long Island Progressive Coalition and a member of the Tax Commision told WPKN news that

That will gradually change school funding issues and we will stop having people voting down their school budgets."

The Tax Reform Commission will be having public hearings at its next meeting scheduled for July 25 in Hauppage and again in August at the County Center in Riverhead.

From a report prepared by WPKN's Long Island News Team for WPKN/WPKM local news
at 6:30pm each weekday on WPKN Bridgeport 89.5 and WPKM Montauk 88.7.