Holiday in the Holy Land: The Women's Line


Casualties in Iraq and Afghanistan - details 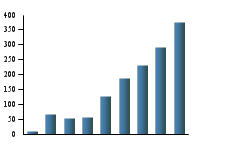 Film on TV: "Combatants for Peace and the Billboard from Bethlehem" - former Israeli and Palestinian fighters work together for peace  Ch. 20 Saturdays at 8pm

The independent news hour with Amy Goodman and Juan Gonzalez:

email subscribers: To un-subscribe: reply with "DON'T SEND" in the subject line
to eastendreport@optonline.net

September 30 (Wednesday): Rally for Health Care in Shirley 4 to 5 pm


Join members of the South Country Peace Group on Wednesday,

September 30 from 4:00-5:00 PM at the intersection of William Floyd Parkway & Montauk Highway in Shirley (near Pathmark Shopping Ctr)


You can make/bring a sign.  I will make extra signs for those who need one.


Oct 7: American Values and Health Reform - Are They Connectable?

A talk and discussion presented by the Reverend Donald McKinney, an authority on the ethics of health care decision making and right to die issues. Based on a provocative series of essays from the Hastings Center, available for download.
Oct 14: A showing of  “Money Driven Medicine” An explosive film exploring the medical-industrial complex and its perverse fee-for-service incentives. Previously shown on PBS’ Bill Moyer’s Journal.

Oct 21: What It Means to Us.  A discussion of personal experiences with health care and actions we might take in our own community. Led by the Reverend Alison Cornish and sponsored by the Social Justice Committee of the Unitarian Universalist Congregation of the South Fork.

All are welcome to these FREE evenings

October 17, 18 Memorial for Iraq and Afghanistan War Dead in Westbury

Note: the Arlington memorial has been cancelled for this week. Other events -indoors- will be held.


On Saturday, October 17 and 18, 2009, Veterans For Peace Long Island (VFPLI) will be holding an Arlington, New York memorial for the U.S. military killed in Iraq and Afghanistan from 10:00AM-5:00PM.


On Saturday October 17th from 7:00-10:00PM there will be a Celebration of Peace featuring the music of Left On Red and the VFP LI Band and spoken word artist Lori Perdue and poet Thomas Brinson.  Both events are to be held at the Westbury Friends House, 550 Post Ave., Westbury, NY.

Veterans For Peace Long Island is an organization of veterans from all eras and their supporters dedicated to educating the public about the realities and consequences of war and exploring non-violent alternatives for resolving international conflicts.

More information about the Long Island events can be found at www.tinyurl.com/marchfpn.


This is the first World March to circle the earth calling for the end of war and nuclear arms, and the elimination of violence of all kinds. The intention of the March is to:achieve the eradication of nuclear weapons; the progressive and proportional reduction of non-nuclear arms; the signing of non-aggression treaties among nations; and the renunciation of governments of war as a way to resolve conflicts. The March hopes to generate a worldwide social conscience that condemns all forms of violence (physical, psychological, racial, religious, economic, sexual), which is currently so widespread and accepted by societies everywhere. The website for the World March is www.theworldmarch.org

The World March will begin in New Zealand on October 2, 2009, the anniversary of Gandhi’s birth, declared the “International Day of Nonviolence” by the United Nations. It will conclude in the Andes Mountains (Punta de Vacas, Aconcagua, Argentina) on January 2, 2010. The March will last 90 days, three long months of travel. It will pass through all climates and seasons, from the hot summer of the tropics and the deserts, to the winter of Siberia. The American and Asian stages will be the longest, both almost a month. A permanent base of a hundred people of different nationalities will complete the journey.

"0n the east end of Long Island we say the biggest business is real estate.
Well, I'm asking you where did they get all this real estate anyway?"

In a talk given in April 2009 at the Southampton Democratic Club
Ms. Haile relates some history of the east end from the perspective of the
first peoples of the island they named Paumonok.

The Parrish Art Museum and OLA (Organización Latino-Americana) will present the 2009 OLA Film Festival Friday, October 2, from 6 to 11 pm, in the Parrish’s concert hall. The festival will include two films, Mi Mejor Enemigo (My Best Enemy) and El baño del Papa (The Pope’s Toilet), as well as wine, soft drinks, hors d’oeuvres, coffee and cookies, and live music performed by Raul Cardenas and DJ Chile a Admission to the festival is free.

Organized by OLA founder Isabel Sepulveda-de Scanlon, the evening will begin with wine  and hors d’oeuvres, followed by a screening of the Chilean/Argentine/Spanish production Mi Mejor Enemigo. This dark comedy was inspired by an actual border skirmish between Chile and Argentina in 1978. An outfit of Chilean soldiers ends up in Patagonia without any idea if they're on Chilean or Argentinean soil. A small company of Argentinean soldiers is waiting in a trench less than a football field away, but neither side knows what to do, especially when they realize their uniforms are all but impossible to tell apart from a distance. Before long a wary conviviality grows between them, though they're still not certain if they should regard one another as friends or enemies.

An intermission with coffee and cookies  will be followed by the Uruguayan film El baño del Papa, in which the Pope’s impending visit to a small Uruguayan town stimulates a flurry of activity among the poorest residents, who hope to strike it rich by catering to the needs of the 50,000 expected pilgrims. Convinced that his idea is the best, Beto, a petty smuggler, uses up his family’s savings to build a pay toilet, where he hopes thousands of visitors will find relief. This deadpan slice of life is a touching, humorous, and poignant story of human dignity and solidarity.

OLA is a non-for-profit organization serving the Latino Community of the East End through educational, social advocacy, and cultural awareness programs and forums.

The Museum's programs are made possible, in part, with public funds from the New York State Council on the Arts, at state agency.